We work with schools and corporate clients across London, providing a range of individual yet complementary services. Our business model means that either part or all of our services can be combined to provide the best solution for businesses and schools.

Click on the links below to find out more about how we have offered innovative solutions and exceptional service to the delight of our clients.

Back to the news

The 20th of May each year has been declared World Bee Day by the United Nations, highlighting the important role that bees have on our planet and helping to feed the world’s populations.

To mark World Bee Day, BD Together’s school catering teams organised a range of activities and initiatives to raise awareness of the crucial role bees play in pollinating nearly three quarters of the plants that produce 90% of the world’s food. The day coincided with School Census Day, so the teams knew that their efforts would also help increase meal uptake, which in turn would benefit the schools.

BD Together organised a range of activities in collaboration with the schools, including:

The day was a great success as the children loved it, which led to an increase of over 3,300 extra school meals across all our schools in Barking and Dagenham.

World Bee Day is just one of the regular theme days BD Together holds throughout the school year. We organise at least one a month, as the children love them and they are a fantastic tool for increasing meal uptake and promoting the delicious and nutritious meals our teams produce. 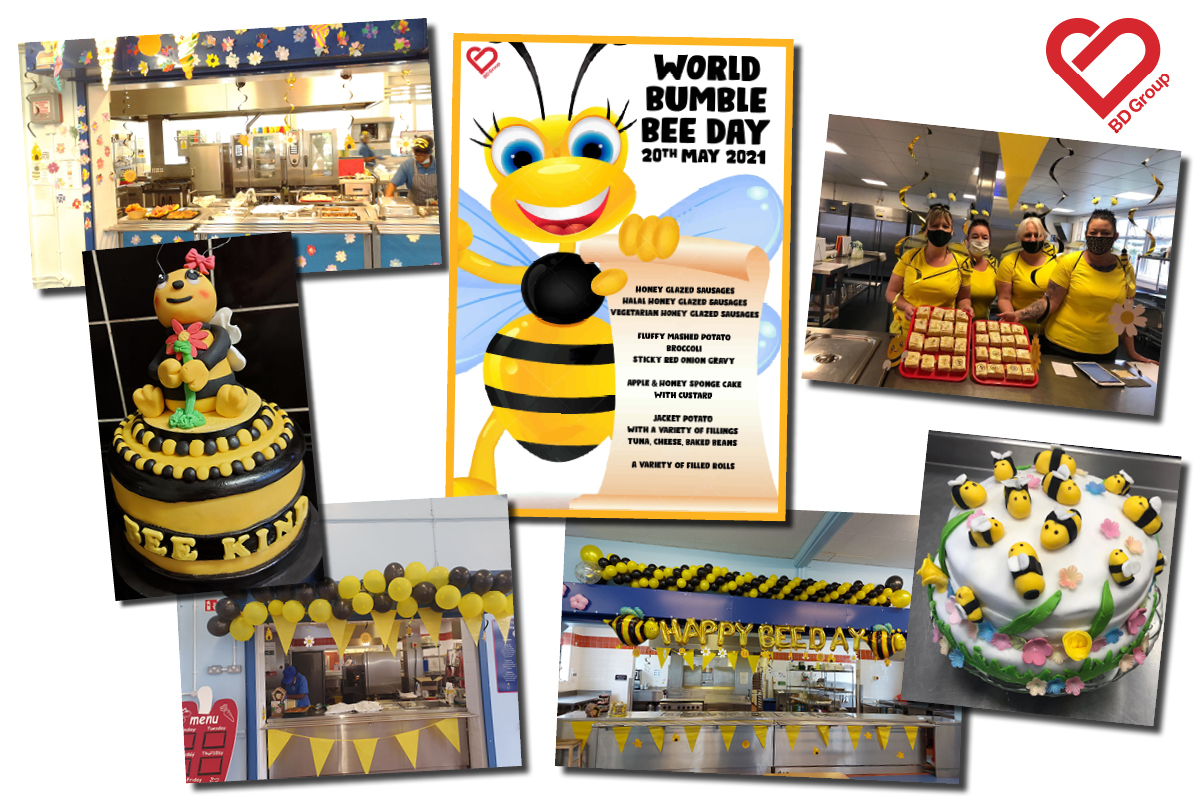